HomeEnsuring Safety and Opportunity for Immigrant Women
A- A A+

As YWCA marked our 13th annual Stand Against Racism, we focused on raising awareness and highlighting the injustices faced by immigrant women and families. In DC, YWCA USA kicked off this year’s campaign by hosting a policy briefing on April 25th, on “Ensuring Safety and Opportunity for Immigrant Women.”

As an organization dedicated to eliminating racism and empowering women, YWCA works to support immigrant women, both at the border and throughout the interior of the country, as they try to seek better futures, provide for families, and contribute to communities. All immigrants, regardless of status, deserve to be safe, healthy and treated with dignity and respect.

During the policy briefing, we heard thoughtful discussion and insights from expert women leaders from a variety of backgrounds, including local, national, nonprofit and government sectors. These speakers highlighted the impact of economic barriers, gender-based violence, and recent policy changes on immigrant women and their families. Our robust panel of experts included:

Panelists discussed the new policies and increased immigration enforcement under the Trump administration that have exacerbated many of the challenges faced by immigrant women, many of whom are left in economically vulnerable and physically dangerous situations. 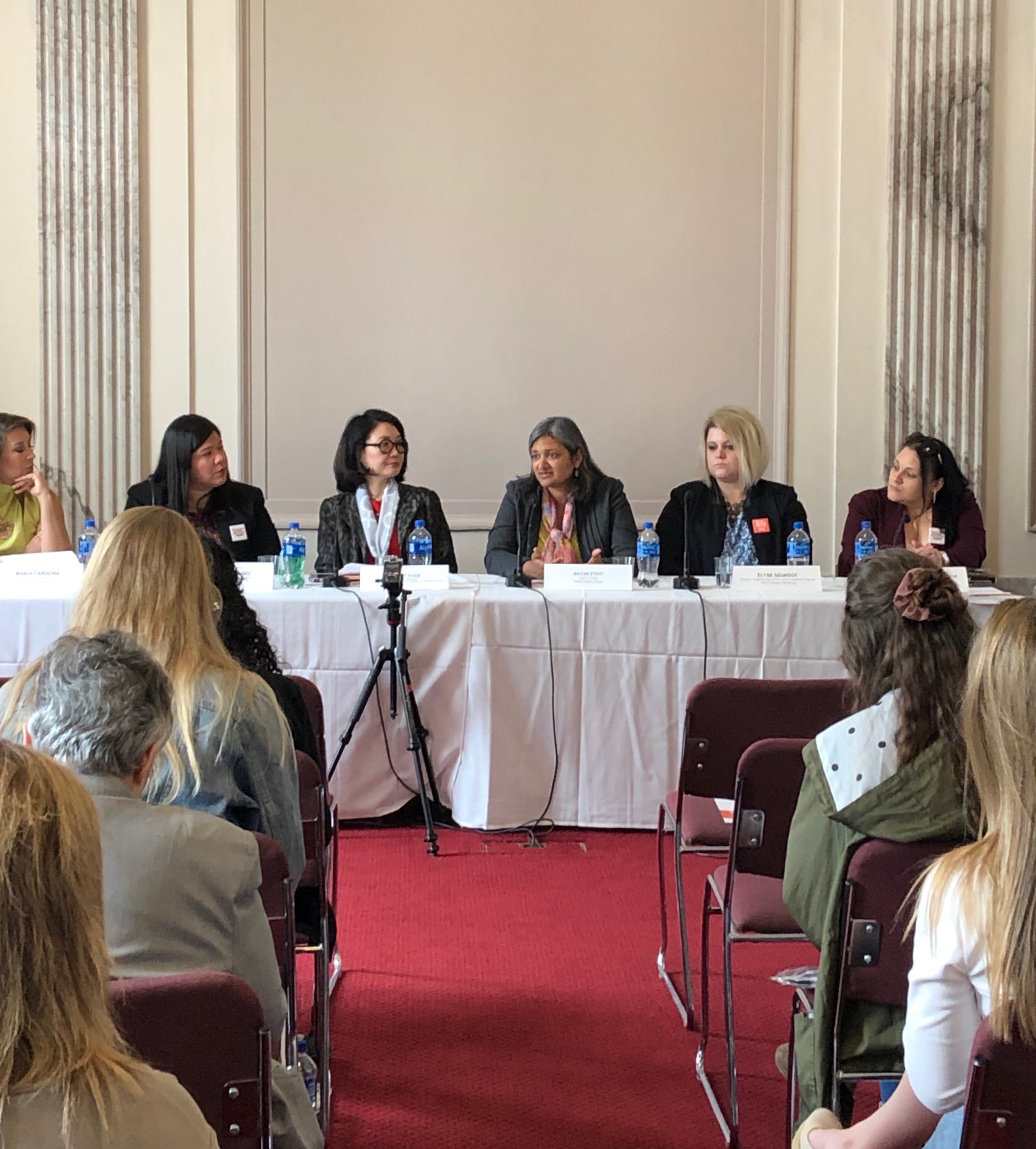 Immigration status is often used as a weapon of power and control by abusers against their victims, and, as many panelists highlighted, this administration’s policies and practices are sending a message to immigrant women that they are not safe. Fear has become a huge obstacle for immigrant survivors to seek help, Rosario-Garcia noted.

The direct impact? We’re seeing more women staying in abusive, unsafe situations longer, put in an impossible situation of having to decide between seeking safety or staying in an abusive situation in order to stay with their children.

“What we’re noticing is that immigrant survivors aren’t reaching out at the rates they should be,” said Szurgot. “We know we have a huge population that should be reaching out based on the statistics about the number of immigrants that experience gender-based violence, and we’re seeing way less than 1% of that population reach out for services.”

As immigrant rights continue to be under attack, we know that threats to economic stability, physical safety, and basic human dignity are particularly acute for immigrant women and girls.

“Being here as immigrant workers makes [these women] vulnerable to violence and exploitation,” said Ramirez, speaking about domestic workers and farmworkers in the U.S., who are predominantly immigrant women of color and often end up having to put up with unacceptable, unsafe conditions, such as widespread sexual harassment and violence.

Immigrant women are not only disproportionately represented in low-wage jobs and denied far wages, safe work places, and access to health care, but they also face heightened barriers to seeking safety. These conditions have only worsened under the policies, rhetoric, and increased immigration enforcement of this administration.

matters. Transparency matters,” said Juliet Choi a former Chief of Staff and Senior Advisor in the U.S. Citizenship and Immigration Services under the Obama administration. She added that the impact of the current administration’s massive reduction in refugee admissions, as well as their “zero-tolerance” policy that resulted in widespread family separations, will be felt for years to come.

It will take all of us stepping up and taking action in order to change this. From organizing ourselves and educating others on immigrant rights and gaps in the law, to advocating for policy solutions that better support and protect immigrant women and families, to standing with and supporting immigrant women and families who are currently being violated and traumatized—we can each take action to make a difference in the fight for immigrant justice.

As Cardona reminded all attendees, “There are things in our power that we can do NOW.” We can each take concrete step — no matter where we live — so that immigrant women and families seeking safety and opportunity in the U.S. can arrive and live without fear, harm, or discrimination.

“Go into the community,” Cardona said, “and do the work that needs to be done.”